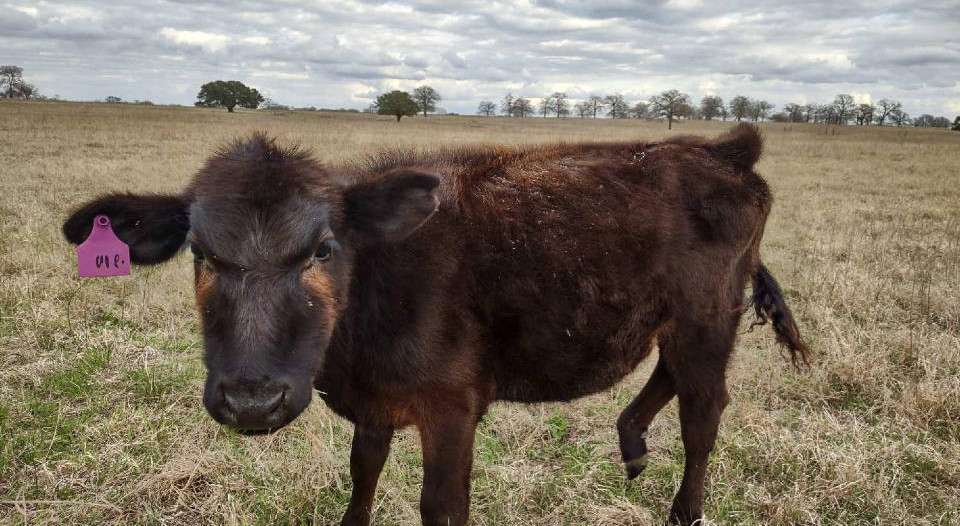 As a small child, I found myself each weekend, vacillating between the ranches of my Grandparents. Both sides of my family had quite a bit of land out in the Lee County area of Texas, so nearly every weekend of my life was filled with fishing, hours of fun out in cow pastures, tiptoeing around cow patties and a catfish fry in the evenings. I have sweet memories of my time out in the country with my siblings, Mom and Dad and grandparents alike.

Back in the day my Dad’s parents, (my Granny and GrandDaddy Bill Pieratt) owned quite a bit of acreage and in the mid 1900’s had a dairy farm in full operation. Over time (and because of a series of events) the dairy farm evolved into a cattle ranch which is still a working ranch today. Matter of fact, the state of Texas recently honored and recognized our family ranch (among others) as a “Historic Working Ranch in the State of Texas for over 100 years.” My grandparents have already gone to be with the Lord but the business continues to thrive and the land continues to be sprinkled with several hundred heads of black Angus and Herford cross Cattle.

For most of those 100 years, we’ve had a man work for our family; he worked the land and would run the cattle on a daily basis. Mr. Robert McCoy has been probably the most committed and loyal person I’ve ever heard of. He loved my grandparents and they sure were appreciative and grateful for him. He is quite old now and has retired as our ranchhand so my older brother, recently assumed Robert’s position. David and his wife live on the land, tend to the cattle and oversee all duties associated with running a cattle ranch. Along with his daily duties, David is often times bombarded by me and my text messages in which I request pictures and videos of new calves or crazy action that’s happening there on the ranch. He’s quite busy but does take time to send pictures. Recently he sent me a picture of a cow he pretty much has assumed as his own. He named her Mabel. I was shocked and surprised that he named her because he has always told me, “Amy, you never name something that you’re going to eat.” I don’t like to think about selling our cattle only to become good steaks, but we’re a working cattle ranch for that sole reason.

While chatting with my brother about Mabel, he began explaining to me why he had pretty much adopted her. “I was moving the cows to the new pasture when I saw her. She wasn’t more than 2 or 3 days old, was as skinny as blade of grass and had one eye glazed over. I suppose her mother knew something was wrong with her and abandoned her. So, I put her in the back of the gator and brought her home. I bottle-fed her for about 4 months. She was here with us, but separated from the others, so she was pretty much by herself during that time. After those few months, I put her back with the herd and continued feeding for a couple more months. She’s doing pretty good now. She’s actually gotten quite fat and healthy!”

As I was reading the messages David was sending to me regarding Mabel and how he saved her life, I was mesmerized. My brother is not a warm and fuzzy kinda-guy. He’s very matter-of-fact, says it like it is and when it comes to the ranch, he has a job to do. But through the photos and the details surrounding Mable, it quickly became apparent to me that he had chosen to step in to not just save the life of little Mabel but also to shower her with love, warmth and acceptance. This story reminds me of the unconditional love that God shows to us. The world we live in is harsh and cruel and often times rejects the abnormal. When those around us, reject us because there’s something wrong, we don’t meet expectations or we’re not what they think we should be, God bends down and scoops us up. He holds us closely in his arms and he chooses to move us away from the herd. He moves us away from the pack that could do more harm than good. And while he has us isolated in a place of safety, like my brother bottle feeding Mabel, God restores the heart, the mind, the spirit and even the physical body.

My brother said that newborn calf had been “rejected and abandoned by her mother.” I think it’s interesting that although sometimes as human beings we can feel abandoned, the Bible says that as sons and daughters of God, we have been grafted into or “adopted into” the body of Christ because of what Jesus did on the cross. Jesus showed unconditional love to mankind when he chose to go to the cross and provide the desperate reconciliation mankind needed in order to be reunited with a clean, pure and perfect and holy God. Once we recognize our need for forgiveness and we recognize the price that Jesus paid on the cross to redeem us from sin, we become children of God. We become one who is “adopted into the family.” No longer are we just God‘s creation, we truly become his “sons and daughters.” My brother does not have any children, yet because of these unusual circumstances, he’s now become a father of sorts to a now 400 pound baby that finds acceptance and provision in him. You see, it’s not uncommon for a rancher to have to bottle feed a calf, as sometimes during birth, due to stress or complications, a heifer will die as her calf comes forth. But in this case, the Heifer gave birth and rejected her calf. So David, assumed that Mama’s job. He scooped up the baby, took her to a safe place and nursed her back to good health.

No matter where you are in life, no matter who has rejected you or what you’ve gone through, I hope you can allow the ultimate rancher to come down, touch you, feed and nourish your heart and spirit back to a healthy place. Did you know that God really is a rancher!? It’s true, the Bible says that he is the Shepherd… He leads his flock, loves them, protects them and provides for them… And yes, if even ONE strays away or gets lost, he will leave the flock alone just to go find the one that strayed. He loves and personally knows each of his sheep. So, allow yourself to receive God‘s nourishment for your life. His nourishment is his word, his promise, “I am the bread of life. Whoever comes to me will never be hungry again. Whoever believes in me will never be thirsty.” -John 6:35. I pray that if you, like Mabel have been rejected, that you will choose restoration. If you’ve been abandoned, God wants to adopt you and call you his own. You’re beautiful and were created for a mighty purpose. Though you may be battered and bruised or as thin as a blade of grass, we serve a God who wants to fatten you up with his lavish love. Can you receive it? God loves you my friend!